4.2.7 and Later Simple Client Configuration, Visible on the Internet

4.2.6 and Later Simple Client Configuration, Visible on the Internet

ISC's DHCP is able to automatically configure the servers used by ntpd. Here's how to get it working:

Currently, ntpd does not rescan the network interfaces after it has started. If you are have a dynamic IP (use DHCP), this means ntpd will no longer be able to communicate with "outside" sources after your IP changes. The script in NTP-BUG 51 will not help you unless it's the remote site's IP address that has changed.

The U.S. National Institute of Standards and Technology (NIST) is publishing a file which contains a table of past and upcoming leap seconds. This file can be used by ntpd to become aware of leap second announcements and thus be able to handle leap seconds gracefully. Graceful handling of leap seconds implies applying the leap second locally at the appropriate time, rather than having the clock off by one second until the discrepancy witih sources is noticed and corrected at a later time. ntpd will gracefully handle leap seconds which it knows about in advance, via one of two means. If a leap second file is configured in ntp.conf or acquired via autokey, ntpd will inform clients of the pending leap for one day in advance via the leap field of the NTP packet, and it will be applied locally. Lacking a leapfile, ntpd is at the mercy of its sources to inform it of the pending leap second. In the case of network sources, this means ntpd is at the mercy of the Stratum 1 sources at the top of its synchronization chain either having a current leapfile installed, or using a reference clock driver which provides advance notice of pending leap seconds. While some reference clocks do provide this information, many do not. For example, GPS provides notification to receivers of pending leap second insertions. That does not imply all stratum 1 servers using GPS will receive that notification. The popular NMEA reference clock driver does not, as the NMEA sentences its decodes do not carry advance notification of leap seconds. Past experience has shown many stratum 1 servers do not advertise pending leap seconds during the day prior to the event. Installing a leapfile on your NTP server ensures it will notify its clients of the pending leap as well as handle the event gracefully. If you operate a stratum 1 server, your downstream clients are depending on your server to notify them, so it is best practice to download and configure the leapfile at least one day in advance of the scheduled insertion or deletion. The only exception is if you know all your reference clocks and their ntpd drivers will provide notification at least one day in advance. The way to configure ntpd to use this file has changed with version 4.2.6 of ntpd. The file can be obtained from https://www.ietf.org/timezones/data/leap-seconds.list

NTP over cellular - a brief study

A customer asked to study how good relative time sync can be achieved, when the connection is over cellular packet networks, which are characterised by long, variable, asymmetric delays. The delays are due to the state transitions between the cell states in 3G networks. They are discussed from the mobile device power consumption point of view. 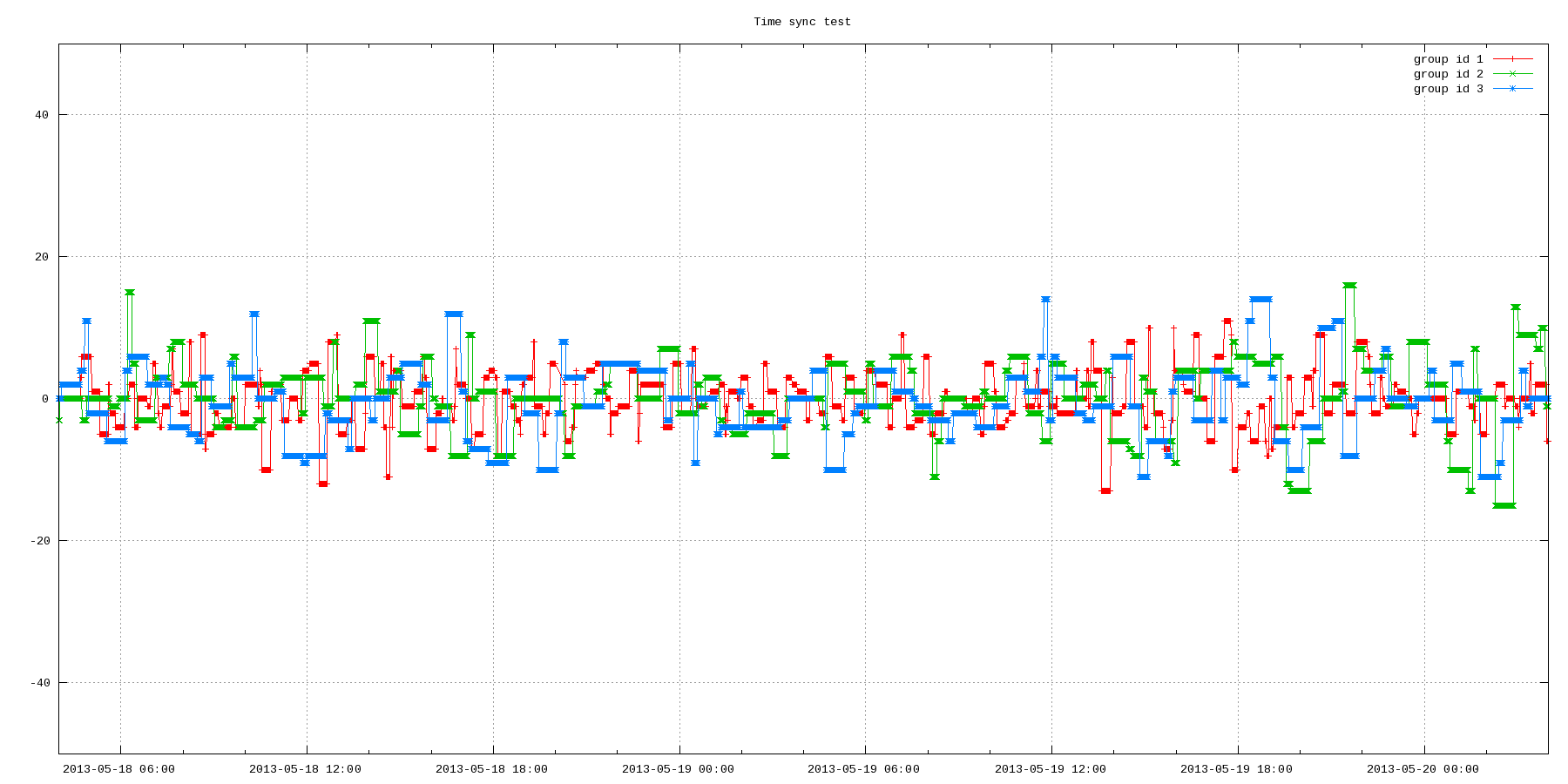